It was noon by the time we (wifey, sonny and I) pulled into the parking lot of Naveen Beach resort in Murudeshwar. The 150 km drive from Mangalore had taken us along the coast, offering breathtaking views of clean, white sand beaches (like Marvanthe) and backwaters. The ride, though bumpy in patches due to the (never ending) road construction, was enjoyable and had helped me work up a good appetite (not that it requires a lot of working up). 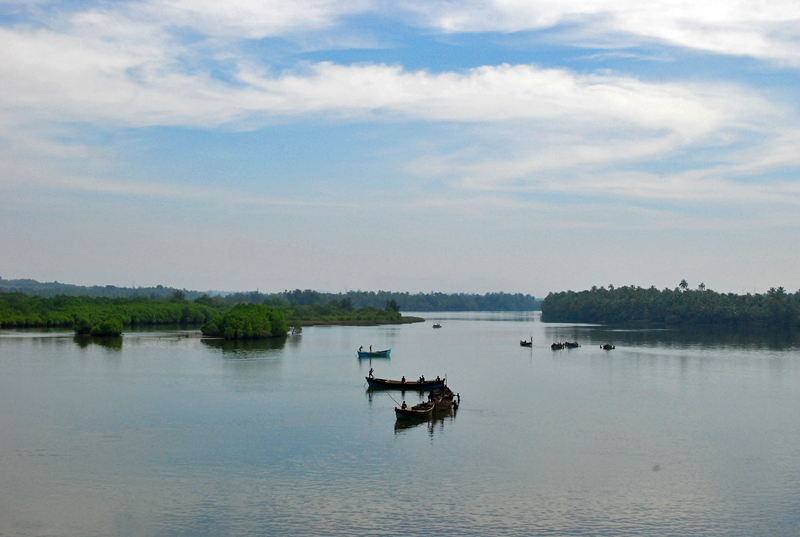 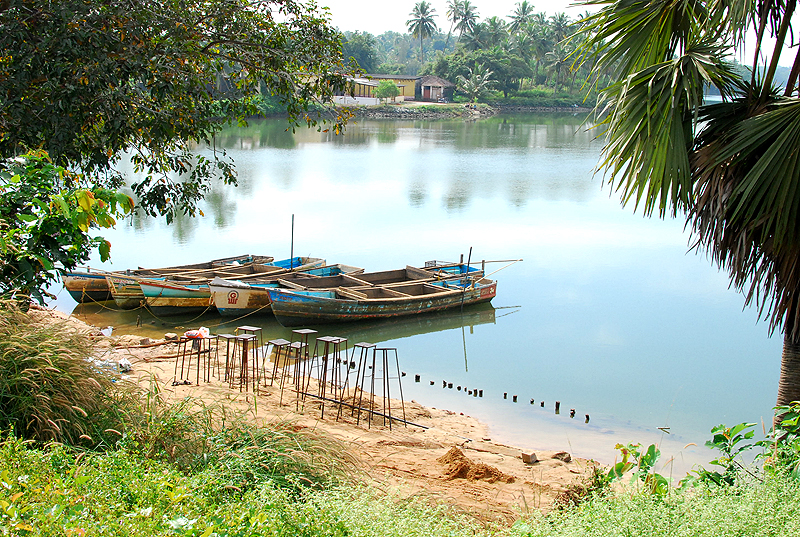 Inside the restaurant, I settled into a chair near the window overlooking the beach and collected my thoughts – specifically the ones pertaining to what I should be having for lunch. While I was doing this, wifey had started doing her thing – reviewing and re-reviewing the menu hoping to find something that matched her current ‘mood’. After a detailed study that lasted 15 minutes, she seemed to have arrived at a decision. She looked at me and said: “OK, I will go with whatever you order”.

The waiters were all huddled in a corner looking rather grumpy, which I suspect could’ve been because we, the only customers at that time, had disturbed their ‘standing-around-idly-staring-out-of-the-window’ time. A fellow appeared shortly, and took my order of rice and fish.

A quick, uneventful lunch later, we stepped onto the beach. As soon as we did that, a bunch of boys encircled us and started selling us boat rides to the tiny, uninhabited Netrani Island nearby. I’d heard and read about Netrani being a great place for scuba diving and snorkeling, but I wasn’t in the mood for that kind of an adventure right now. All I wanted to do was visit the temple, chill on the beach for some time, watch the Sun go down and then head back home. The only way to drive off the salesmen was to agree to buy something, and so I settled for a quick speed boat trip costing Rs 100 per head. 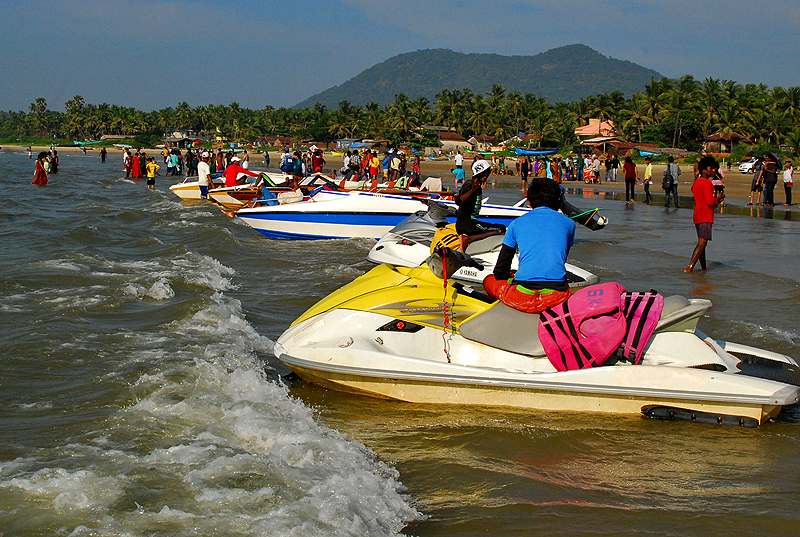 They geared us up with life jackets, put us on a speed boat and revved up the engine. 2 minutes later we were back on firm land – that was the fastest 300 rupee loss I had suffered in entire my life. But on the bright side, the sales guys stopped stalking us, and we roamed around in total freedom under the hot afternoon sun. The beach had indeed become very active and commercialized since the last time I had come here a few years ago. 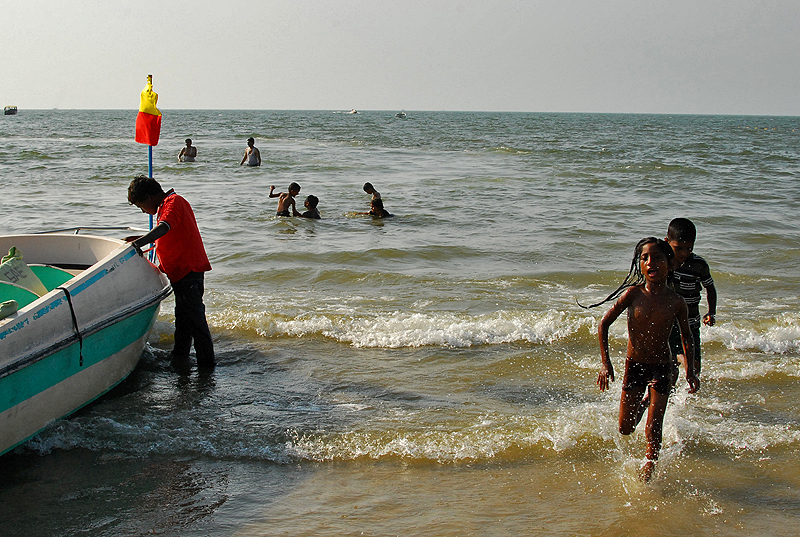 I wanna run to you…

When the Sun got unbearable, we decided to head to the temple. We took the elevator to the top of the 20 storeyed Raja Gopura. The views from atop the Raja Gopura were amazing, but since the windows were pretty small we had to wait patiently for our turn. The giant statue of Lord Shiva (second highest statue of Lord Shiva in the world) could be seen very well from up there. After going around the temple, we headed back to the beach. We spent some more time in the water, and then started our journey back to Mangalore. 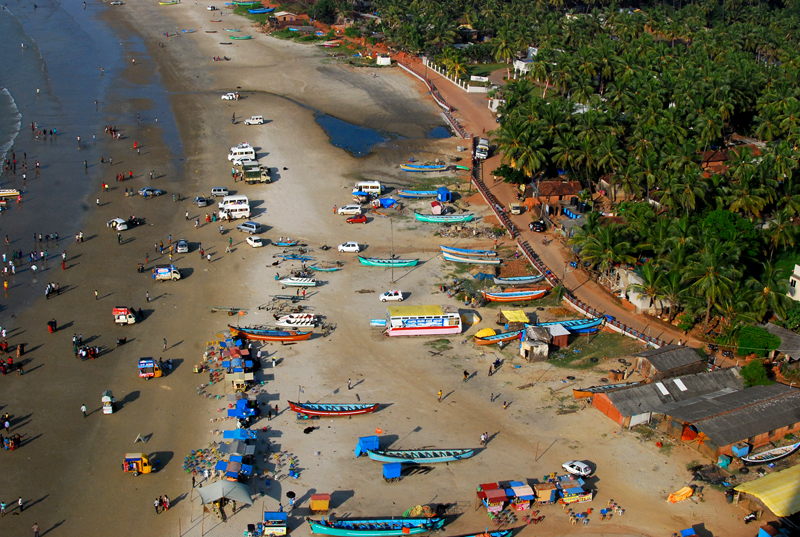 View from atop Raja Gopura 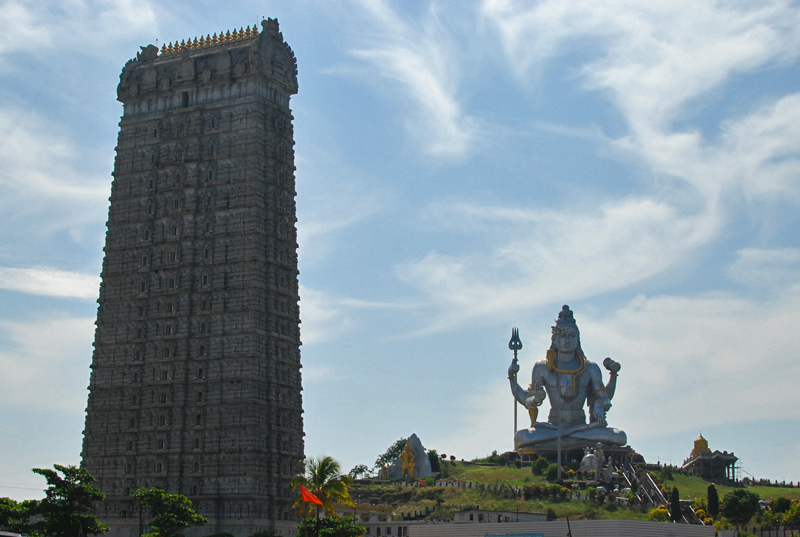 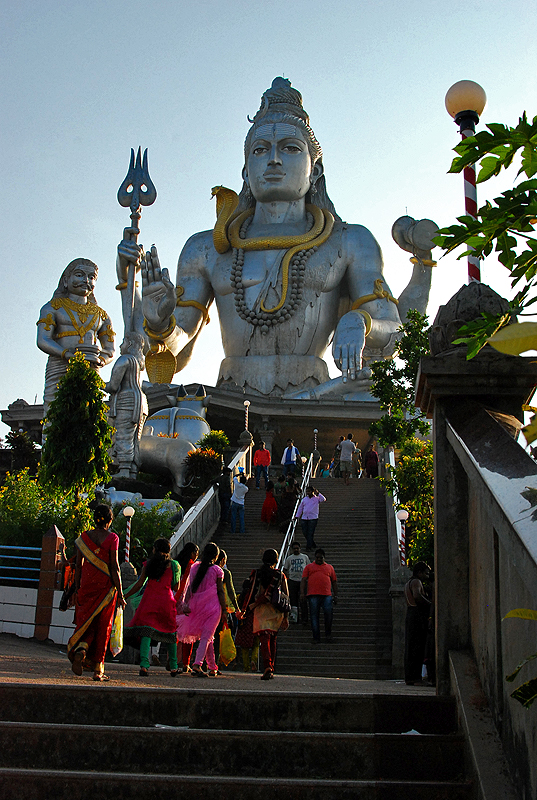 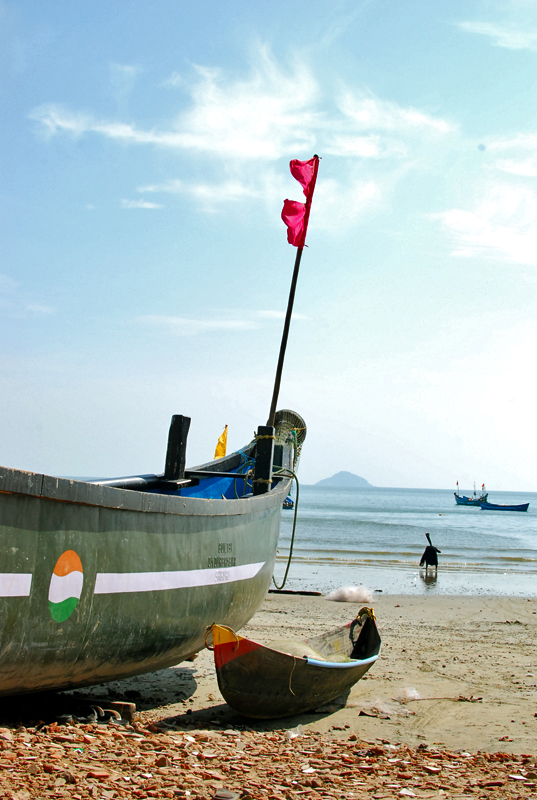 A fantastic day out!

Next time I visit Murudeshwar, I want to try snorkeling and scuba diving at Netrani. Have you been there? How was it / how much was it?