When I went to Moodbidri to meet an old friend of mine (about whom I’d written earlier), I planned it such that I would have some time to explore the famous Thousand Pillar Temple (Saavira Kambada Basadi) in Moodbidri, and the giant Bahubali statue in Karkala.

Moodbidri, a small town near Mangalore, is also known as the ‘Jain Kashi’ of South India and is an ancient center for Jain learning. Built in the 1400s, Saavira Kambada Basadi is the most famous of Jain temples here, and is known for its pillars – all carved from granite, and each having distinct and unique engravings. 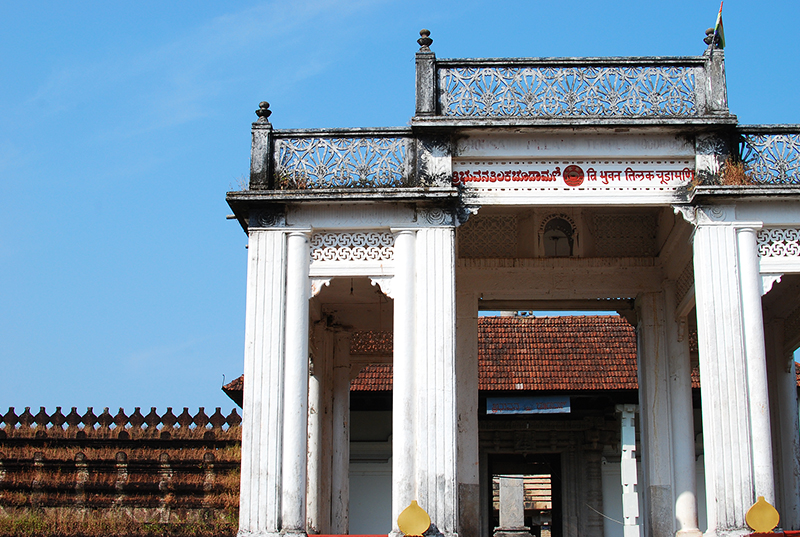 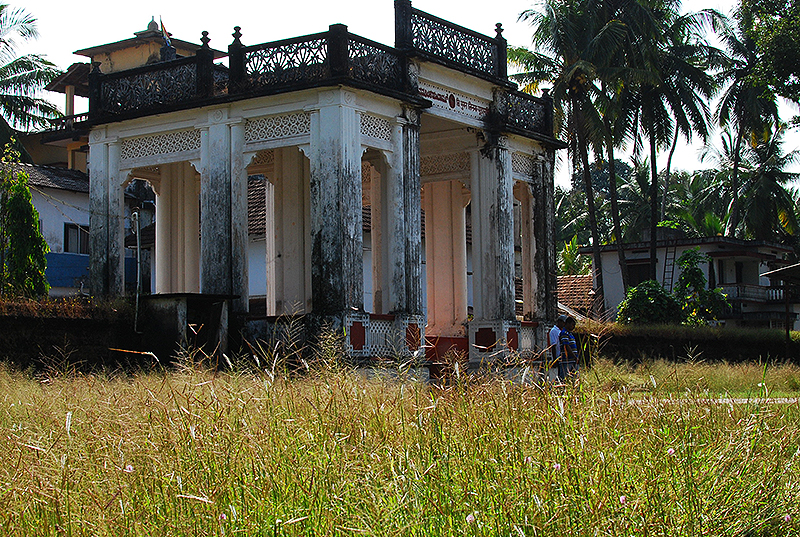 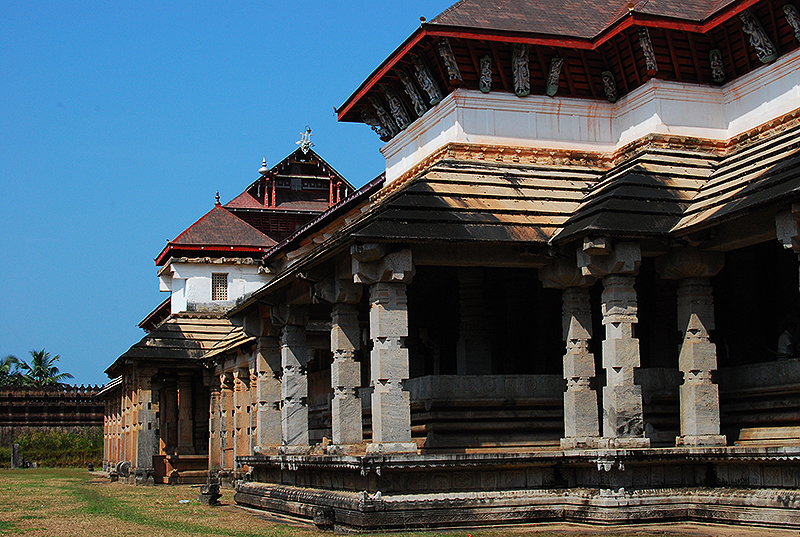 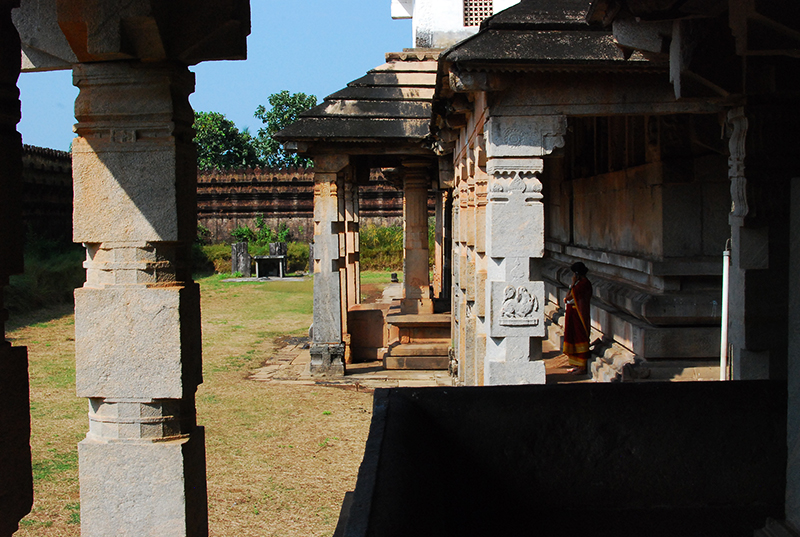 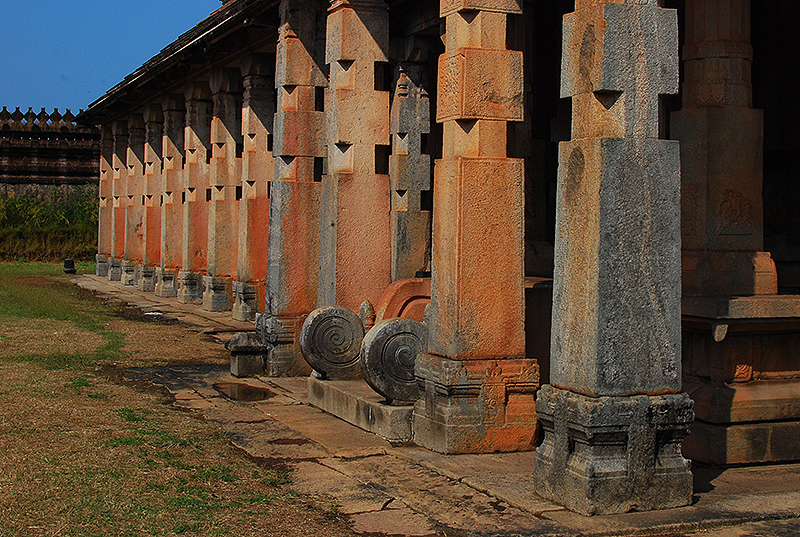 Sunil Jain, a friendly temple official who was guiding visitors the day I went there, called my attention to one particular pillar which had a carving of Lord Ram and numerous ones of Lord Hanuman around Lord Ram. He asked me to count the number of Hanuman images. I counted 15. He said I was wrong, and there were 16. Then he asked me to count again. I still counted 15. Perplexed, I looked at him. He then pointed to one particular carving of Hanuman, which though looked like one Hanuman, actually had 2 of them. 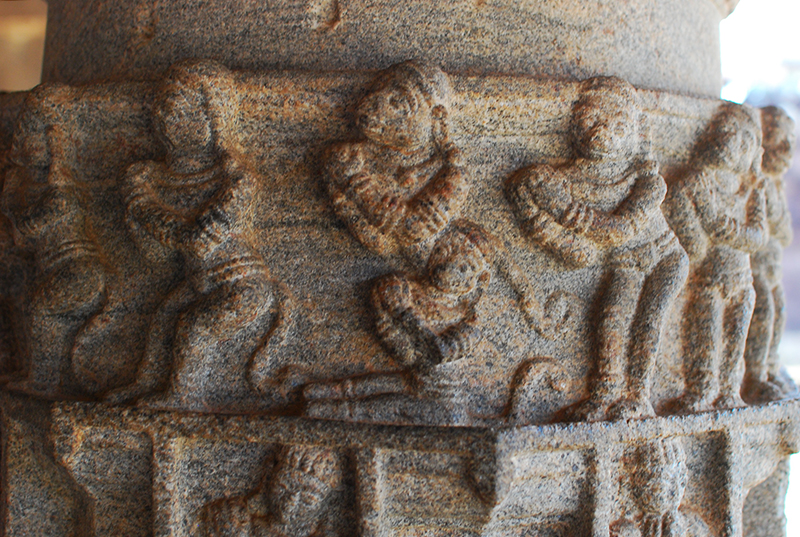 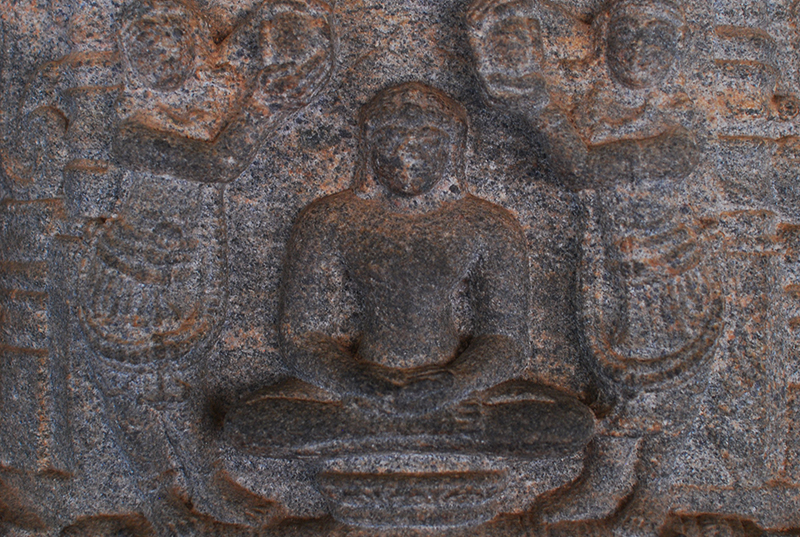 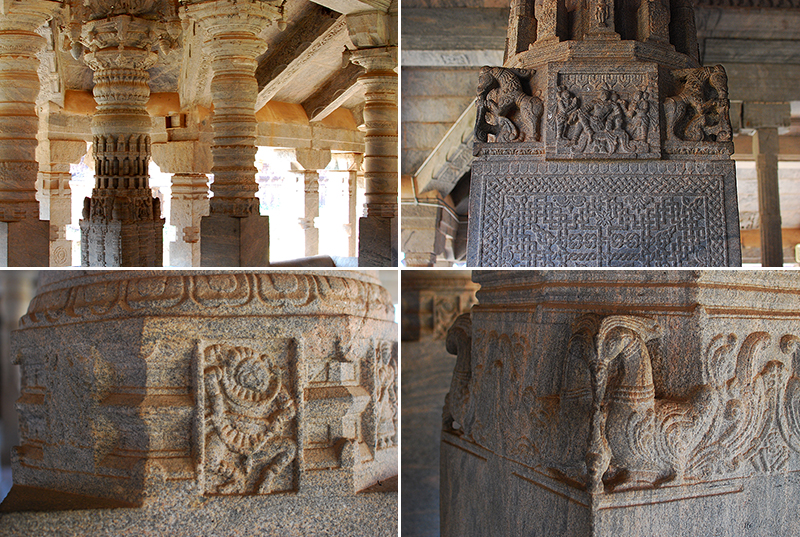 Most pillars there have similar trick carvings on them; so keep aside some time to look at each of the pillars carefully if you ever visit this temple. Though the temple has upper floors, they aren’t open for devotees always.

Apart from the intricate carvings on the pillars, the other thing that will captivate you is the peace and silence that engulfs you. This is a great place for meditation, and so I spent some time just seated there silently before making my way to Karkala. 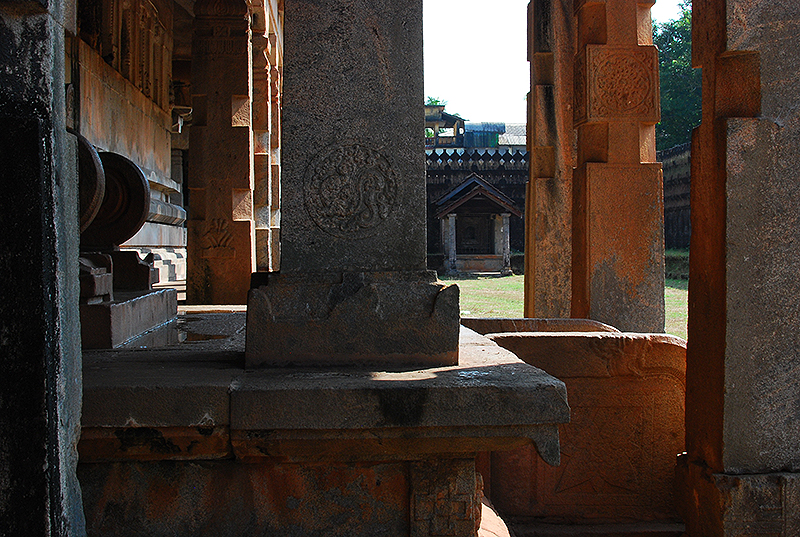 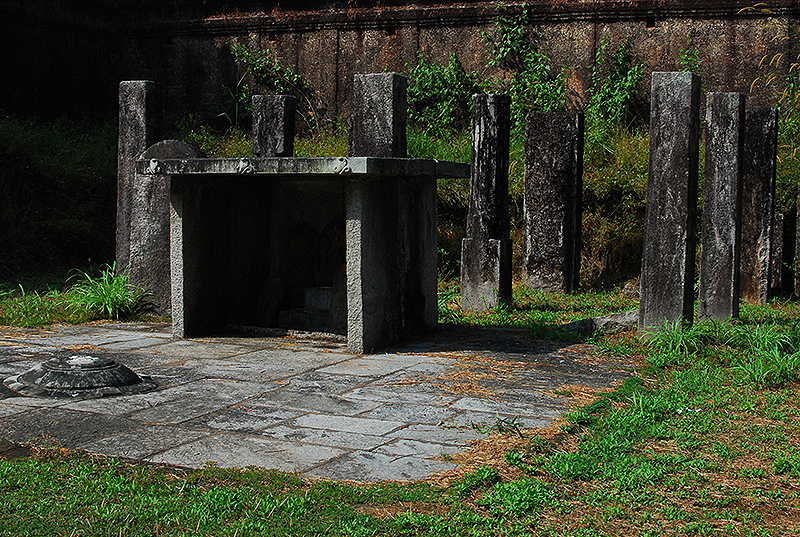 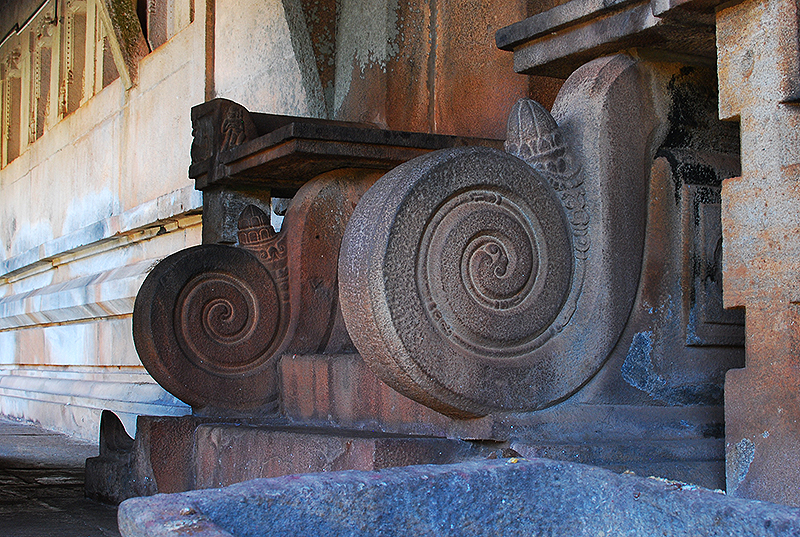 In Karkala, I climbed my way up the Gommata Betta – a rocky hill atop which the towering, 40 odd feet granite monolith of Bahubali (also known as Gommateshwara) is built. 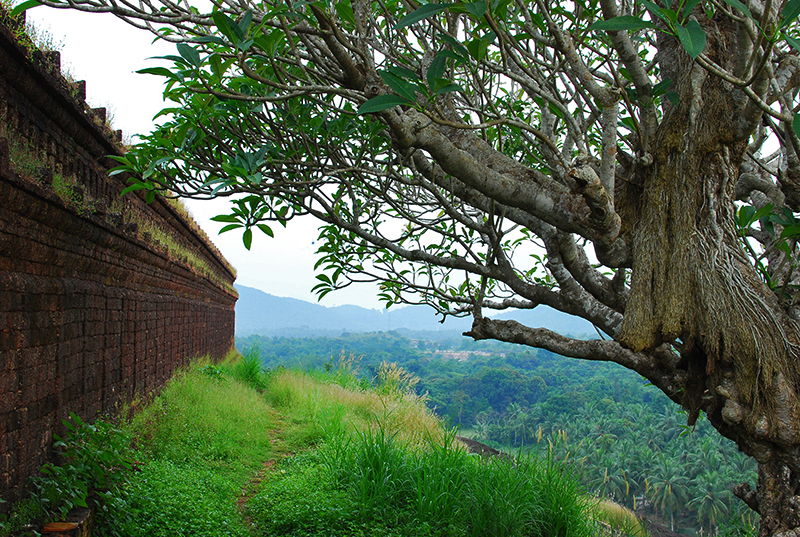 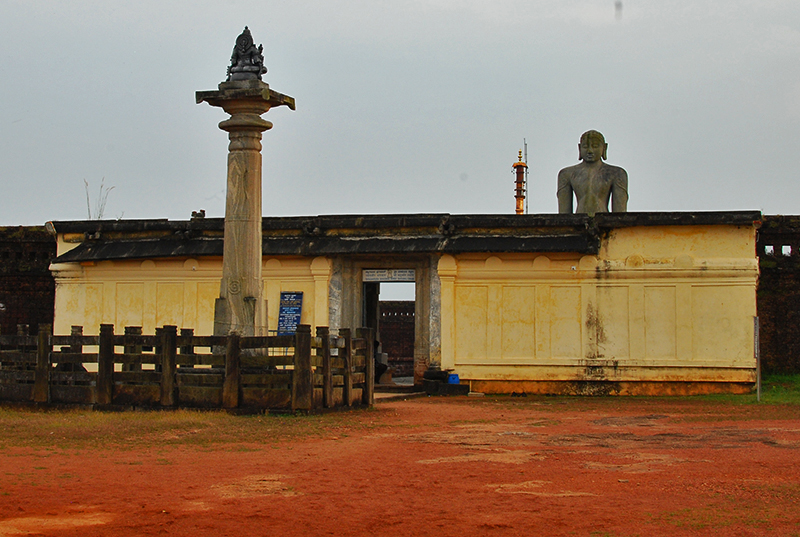 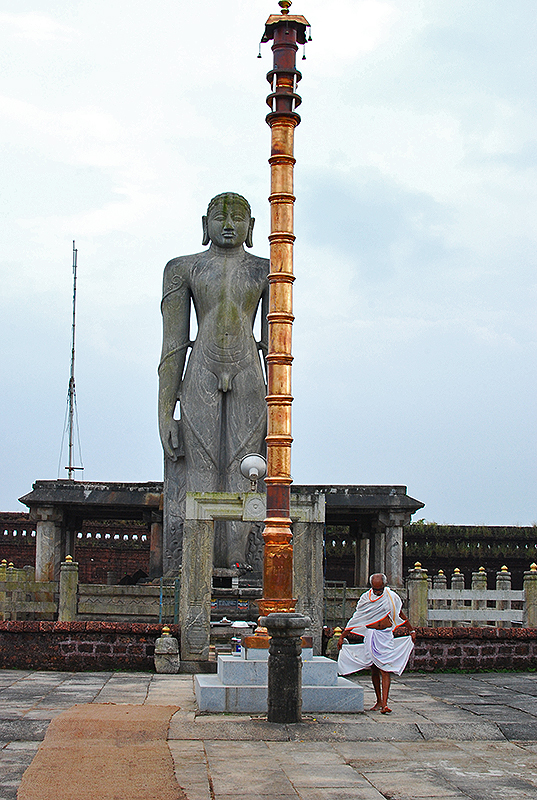 I had visited Saavira Kambada Basadi with my friends some 15 years back, and found this one image from my archive that shows a few of them in their prime. One of them is no longer with us now – hope he’s happy up there. Some great memories… 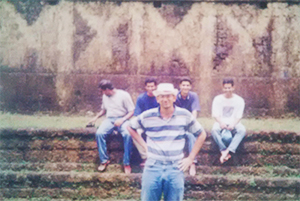 Happy new year! May 2021 be the year you break loo

A Chinese fishing net in action. You can see these

With the new ferries and network of bridges, islan