Watch out: It’s April 1 – the day when the geeks are at their wackiest best ! Here’s a word of caution: Do not trust the web today! Got to say this though: the web is a lot more fun today, thanks to the pranks put out by some of ‘em fun companies. Here are some samplers:

First there’s Google with the announcement that they’re going nasal. No, it’s not Google Boogers  – it is Google Nose which “leverages new and existing technologies to offer the sharpest olfactory experience available”  and claims to have an “Aromabase” of “15M+ scentibytes”. Take a look…err..whiff: http://www.google.com/intl/en/landing/nose/

Then there’s Google again, this time with a ‘Treasure Map’ mode for Google Maps. This YouTube video has more: http://www.youtube.com/watch?v=_qFFHC0eIUc

Well, if you aren’t able to open up that link, it is probably because YouTube has shut down. Oh, they didn’t tell you? You better watch this video: http://www.youtube.com/youtube?feature=inp-yo-jke (Hmmm..Couldn’t watch that one either, huh? No worries, you just need to wait until YouTube is back again. In 2023.)

Not to be left behind, Twitter announced a rather shocking “premium Twitter service” – where only paid users could use vowels in their tweets.  Check out their blog: http://blog.twitter.com/2013/03/annncng-twttr.html 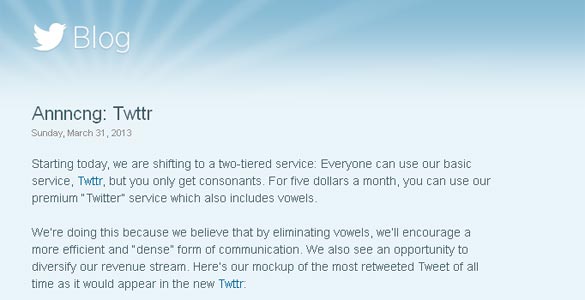 BlackBerry did their bit too – ushering in the April Fools’ day a little early – by announcing a new BlackBerry model, which promises a “completely new way to use your smartphone.”

Oh, wait… what? That was not a prank? You mean it’s for real?

Sorry readers – Looks like we got a bit carried away. They were totally serious about that one – the phone’s for real.

And then, there’s Motorola. Here’s what the Motorola Mobility site showed us when we accessed it from India. Looks like they’ve abandoned us! Pretty rude for an April Fools’ gag, we’d say. 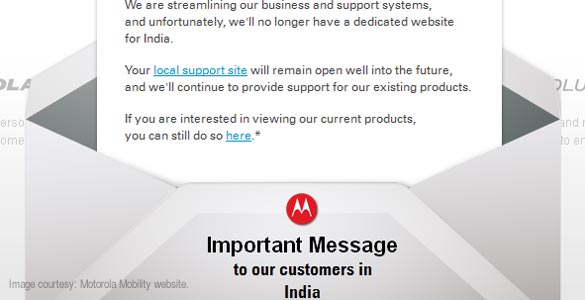 Well, closer to home, it was left to that lovable travel site – Cleartrip.com – to come up with something quirky. They did this by claiming that they are moving away from their core design philosophy – by planning to mimic the MakeMyTrip interface. (Read their blog here: http://blog.cleartrip.com/2013/04/01/goodbye-white-space/). Well, if they do go down that route, they should probably change their name as well – having a fuzzy website claiming to be ‘clear’trip wouldn’t do them much good anyways. 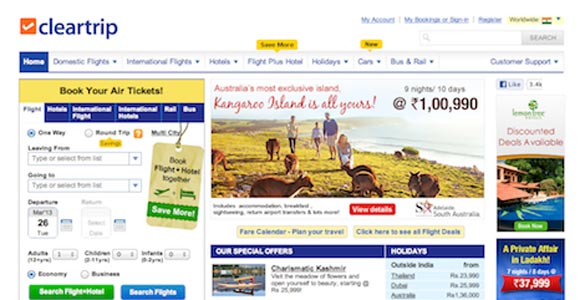 So how did MakeMyTrip respond to this? We didn’t see anything from them as a response, but their blog site had an April 1st entry titled ‘Around the World on May 1st’. Looks like they’d rather ignore silly April and get on with life.

So, have you seen any other interesting April Fools’ gags? Do let us know!

Happy new year! May 2021 be the year you break loo

A Chinese fishing net in action. You can see these